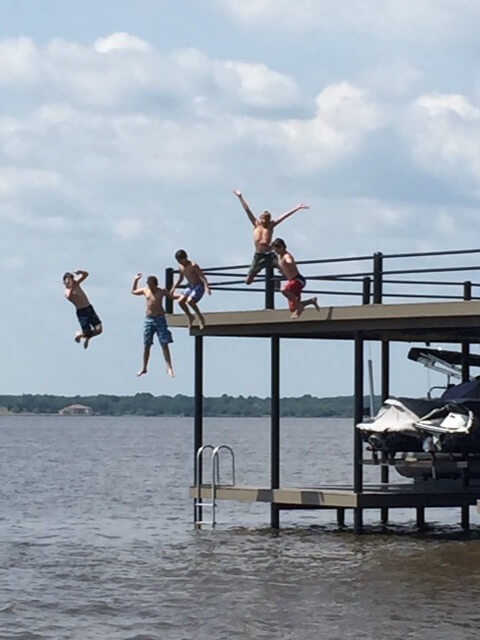 Located just an hour southeast of Dallas, Cedar Creek Lake was built during the 1960s as a constant level, fresh drinking water reservoir serving Fort Worth, Texas and the surrounding area of Tarrant County.  Construction on the lake began in 1961 and it was completed in 1965.

The Cedar Creek Reservoir was built on Cedar Creek, a feeder to the Trinity River. A dam is located at the south end of the lake near the small town of Malakoff. A spillway on the west side of the lake allows water to flow into a canal and through to the Trinity River. Other major creeks that flow into the lake include Caney Creek, Clear Creek, and King’s Creek.  At 32,623 acres and 18 miles long, Cedar Creek Lake is the fourth largest lake in Texas. The lake features about 320 miles of shoreline. The lake is 8.5 miles wide at its widest point and reaches as much as 53 feet at its deepest point.

Over the years, several lakeside communities have sprung up along the lake, including Gun Barrel City, Seven Points, Mabank, Malakoff, Trinidad, Payne Springs and Kemp.  The lake has become a prime location for all sorts of recreation and retirement communities. Including some of the most beautiful and exciting in the U.S.  These communities include private lake homes with boat houses, piers and docks with direct access to the water.  This proximity to the lake makes boat and jet ski ownership beneficial, and it gives a great many full-time water enthusiasts and even weekend enthusiasts access to water, not just during the summer, but all year long.

Located right on Cedar Creek Lake, Gun Barrel City offers the town’s residents and weekend enthusiasts alike a wide variety of options for commerce, including retail shopping at Walmart, Bealls Department Store, and Lowes Hardware, and fast food restaurants like Taco Bell/KFC, McDonalds, Burger King and Golden Chicken.  A Starbucks opened in early 2018 and for a nice meal out with the family, Hector’s Restaurant offers great steaks, Tex-Mex and a variety of comfort food selections.  Fast-casual dining choices include Chili’s and Denny’s Restaurants.

The town was founded as an unincorporated community in the 1960s, following completion of Cedar Creek Lake. First known as the “Old Bethel Community,” the community became incorporated in the late 1960s, primarily so merchants could legally sell beer and wine. The city takes its name from a former road, Gun Barrel Lane (which is now State Highway 198). Gun Barrel Lane got its name during the 1920s and 1930s when outlaws inhabited the area. It was considered a safe backwoods place during Prohibition when the likes of Clyde Barrow and Bonnie Parker hung out in the area. It is believed a local resident, Mr. C. L. Wait, lived along the road and was known for sitting at the window of his house with a shotgun sticking out the window. It was his way of deterring those he deemed unwelcome on this back-country road.

Sixty residents were reported in Gun Barrel City in 1970 and 3,526 by the early 1990’s.  In 2000 the population was 5,145.  Long before the lake was built, Gun Barrel Lane (now State Highway 198) traversed the area.  This mud road was a shortcut across Cedar Creek from Mabank to Trinidad and Seven Points. By 2016, Gun Barrel City population was just under 6,000.  For more demographic details about Gun Barrel City and the surrounding area, you may want to check out this useful link  The town’s motto is, “We Shoot Straight with You” and its symbol is a rifle with two crossed antique pistols.

According to the town’s web site, Gun Barrel City hosts two outdoor festivals each year; the July 4th festival/concert in the park and the Christmas festival/parade. Another annual July 4th attraction near Gun Barrel City is the intensely dramatic ‘Thunder Over Cedar Creek Lake Air Show’ which is held on the Saturday evening closest to the July 4th holiday.  More details about these events can be found at festivals and air show. 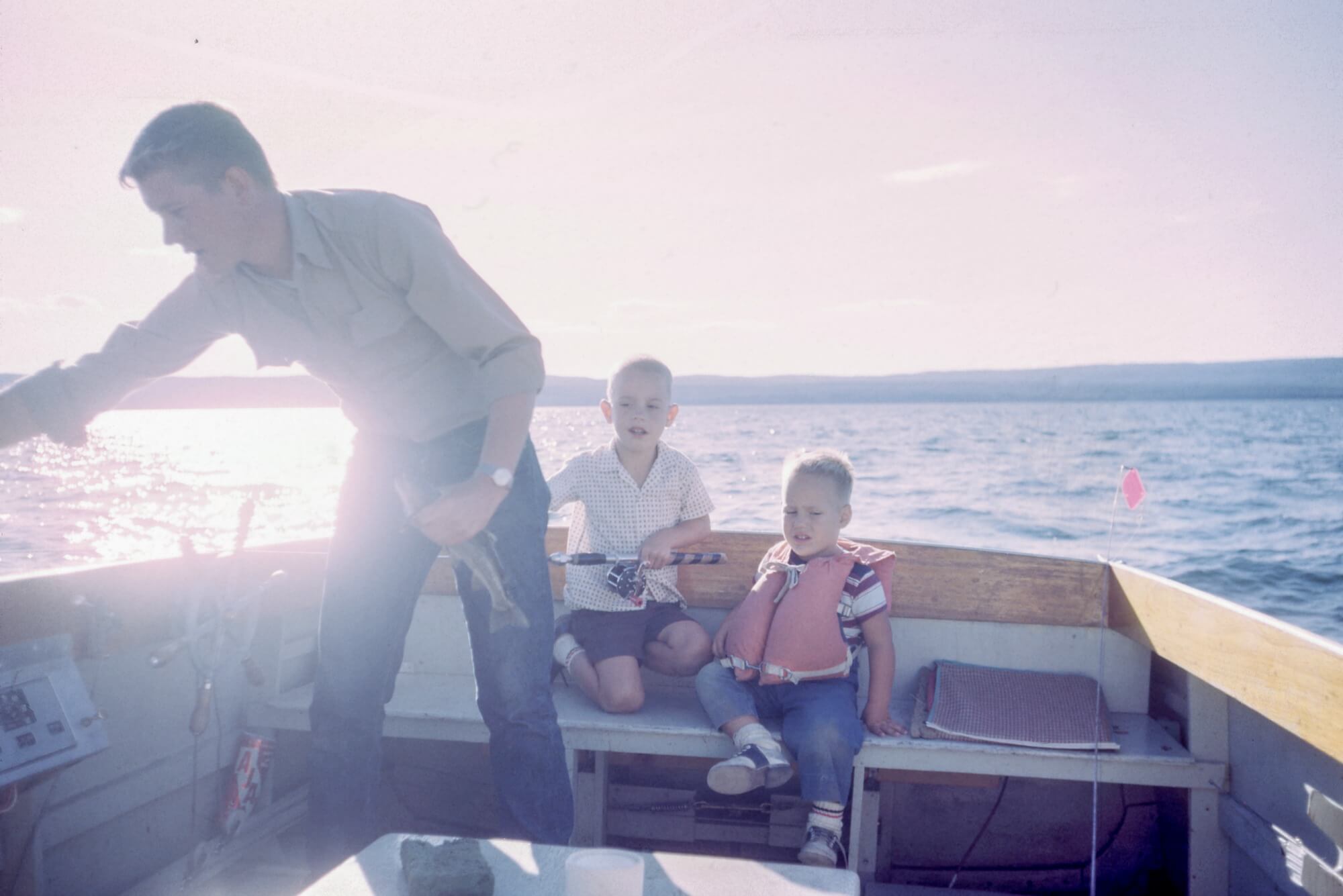 The main fish types at Cedar Creek Lake are largemouth bass, hybrid striped bass, crappie and channel, blue flathead and blue catfish. Every year, the best fishing comes in the spring and summer.  Catfish are prevalent throughout the lake, but if you want largemouth bass, they prefer the clearer water near the dam at the south end of the lake. 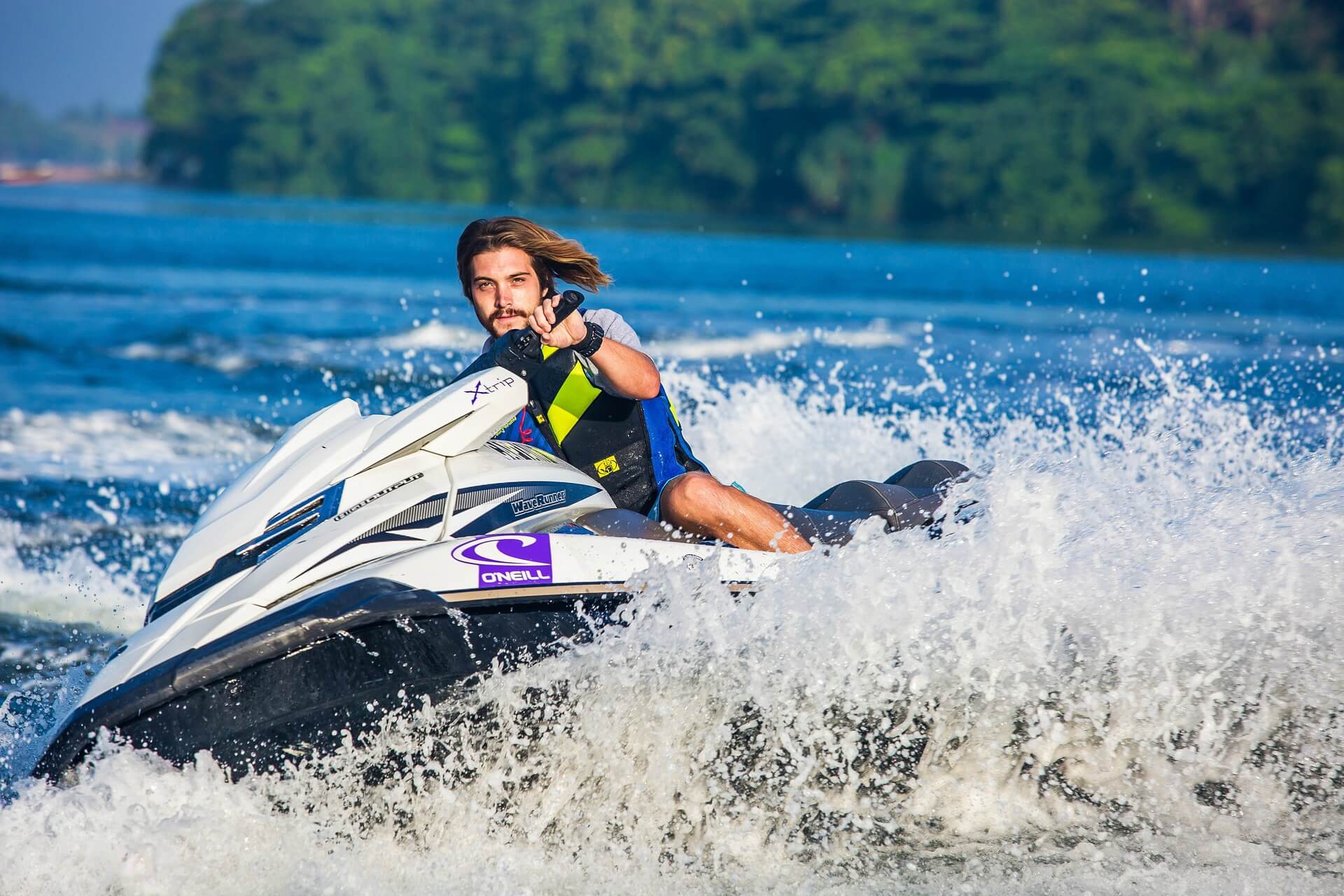 Recreational boating and skiing are enormously popular on Cedar Creek Lake; more popular than ever, in fact.  The lake is served by eight lakeside marinas and boat ramps, with most featuring a full range of services, including marine fuel, equipment, supplies and both wet and dry storage.  Some are staffed with on-premise maintenance personnel and offer year-round maintenance programs along with marine craft rentals.  These include Sandy Shores Marina, Lone Coves Marina, Fisherman’s Wharf, Chamber Island Ramp and Cherokee Landing.  In addition, Lone Star Marina offers everything above plus full restaurant dining, beer, wine & cocktails with an indoor/outdoor patio.

A popular gathering spot for both residents and visitors is Tom Finley Park, which is located right on the lake and features two handy boat launches. Tom Finley Park has everything you need for a quiet picnic spot under shade trees, as well as a serene, small pond for wading and swimming.

If you would like to fly to your Cedar Creek Lake adventure, you should know that The Gun Barrel City Airpark is located approximately 2 miles from the city’s business district which means it is only a five-minute drive to one of the lake’s always-open boat ramps!  Gun Barrel City Airpark is registered with the FAA as a private airport and its FAA airport designation is 74XA, which means licensed and insured private pilots are welcome to fly in for the day and discover everything Cedar Creek Lake and Gun Barrel City have to offer.  Aviation fuel is available on the field, as is the Airpark’s new AirFare restaurant, which is open Thursday thru Sunday each week.  An on-premise flight school for student pilot instruction is also on location.  Just click here here to make pre-flight landing arrangements, check out the with the FBO and you’ll be all set.  And, check out this really cool video  to get some great aerial views of Cedar Creek Lake and the surrounding area. 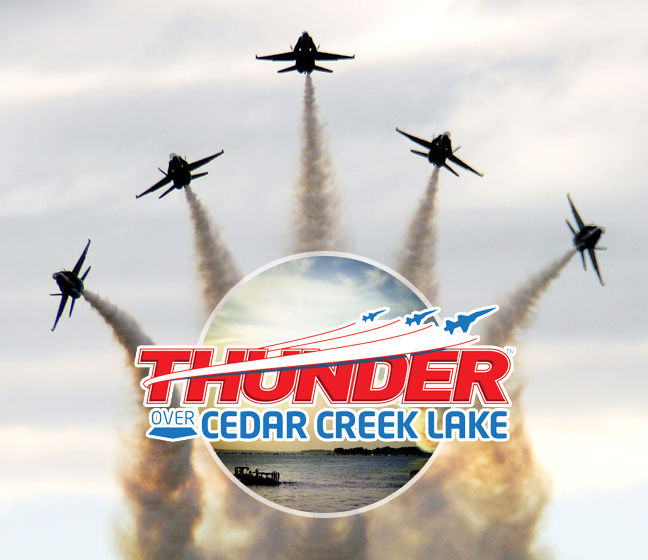 This year at Cedar Creek looks to see the area’s most popular traditional Patriotic Celebration event coming back for another repeat performance.  Thunder over Cedar Creek Lake is an aerial extravaganza with dozens of vintage military aircraft flying in multiple formations and staging actual aerial acrobatics and even simulated dogfights.  This annual charity event, hosted by the Cedar Creek Veteran’s Foundation, honors those who served in the US Armed Forces to keep America free.  The action can be viewed by spectators from the dozens of nearby Cedar Creek lakehouse neighborhoods or the hundreds of boats anchored offshore below all the action overhead.  VIP seating is also available.

The fast-growing Cedar Creek lakeside community of Gun Barrel City will be hosting a three-day July Fest Celebration from July 5th through 7th.  The festival will include carnival rides, an annual dual-city Softball Competition and a music Concert-in-the Park with fireworks on July 7th at the Gun Barrel City Amphitheater.  Click here for more information about Cedar Creek Lake! 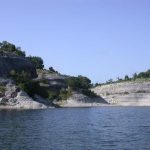 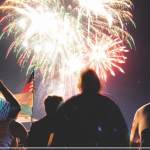