One of Texans’ favorite destinations for fishing and boating is Sam Rayburn Lake. Located in the deepest part of East Texas, about 70 miles from both Beaumont Longview, and about 11 miles northwest of Jasper, this man-made reservoir, at about 4 million-acre-feet of water, is the largest lake that is located completely inside in the state of Texas. Toledo Bend Lake is somewhat larger, but the Eastern part of that lake extends into Louisiana.

The reservoir is fed primarily by the Angelina River, which is a major tributary of the Neches River. The lake was built between 1956 and 1965, when it opened. The primary purposes of Sam Rayburn Lake are flood control, and as a great way to conserve water for most of the state. 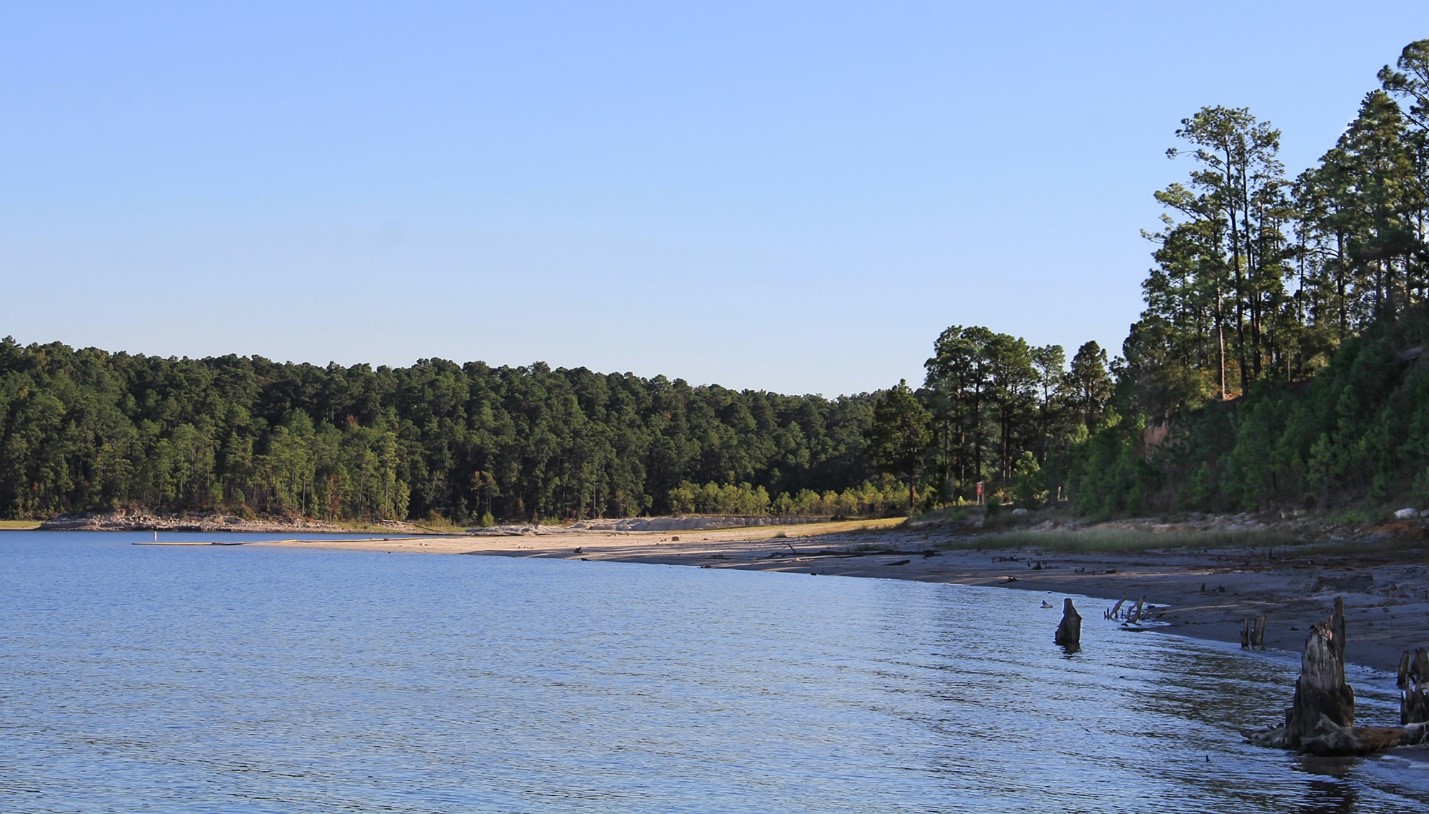 Construction on the Sam Rayburn Reservoir began September 7, 1956. At the time it was known as McGee Bend Dam and Reservoir, a name it had until 1963, when it was given its current name by an act of Congress, at the urging of President Johnson, after his good friend, Speaker of the House Sam Rayburn. The reservoir began serving its primary purpose on March 29, 1965, and dedication ceremonies were held on May 8, 1965. Since then, the Lake has become one of the most popular recreational destinations in the state of Texas.

It also serves its primary purpose well. A few years back, during what was described as “the worst drought in Texas history due to a lack of rainfall, Sam Rayburn Lake and Toledo Bend stood against that disaster and provided a great supply of water to farmers. At that time, even with such an intense drought, the lake stayed open to recreation and boaters and anglers were able to have a great time and pump money into the economy, even without the usual amounts of rain. During those years, around 2011 and 2012, state and federal officials were happy for the foresight of the officials who voted to create the reservoir.

What You Can Do at Sam Rayburn Lake

Since Sam Rayburn Lake’s shoreline stretches more than 560 miles, it is easy to find places to launch a boat into the water, but there are plenty of other things to do in the water, including camping, picnicking, swimming, water skiing, wake boarding and paddle boarding, but there are also plenty of cabin, lake house and condo rentals as well as motels, RV parks and bed and breakfast inns to choose from, as well. There is also no end to the availability of hiking trails, historic tours and even birdwatching, if that is what you’re into.

There are a number of great towns nearby Sam Rayburn Lake, if you just want to explore, including Denning, Woden, Augustine and Bronson, among many others, on the east side of the lake, while Jasper is just a few miles southeast and Redland, Lufkin, Huntington and Zavalla are close to the west side of the lake. Those towns feature great shopping and appealing restaurants of all types, and they also feature numerous arts and crafts shows and festivals, as well.

It is possible to cross Sam Rayburn Lake on Texas State Highway 147 and it has come to be seen as a very popular place for boaters and anglers to enjoy their favorite pastime. The most popular game fish species in the lake include bluegill, channel catfish and largemouth bass. In fact, the bass are so abundant, Lake Sam Rayburn can boast of more than 300 bass fishing tournaments every year, including some of the most popular in the country, such as the ESPN/BASS Masters, Walmart BFL, FLW Outdoors, Cabela’s Texas Team Trail, and many other popular bass fishing competitions.

The Best Places to Stop and Relax

It’s easy to launch your boat into the water at Sam Rayburn Lake. There are a number of great marinas on the lake, like the following:

Booking a fishing trip at beautiful and stunning Sam Rayburn Lake is simply one of the most pleasurable vacations or long weekends anyone can have. The fishing is world class and the surrounding Sabine National Forest is breathtaking. If you are into nature, wildlife or just bird watching, it is common to see bald eagles or osprey near the lake, deer are plentiful, and many nature and wildlife lovers have reported seeing river otters and other species. 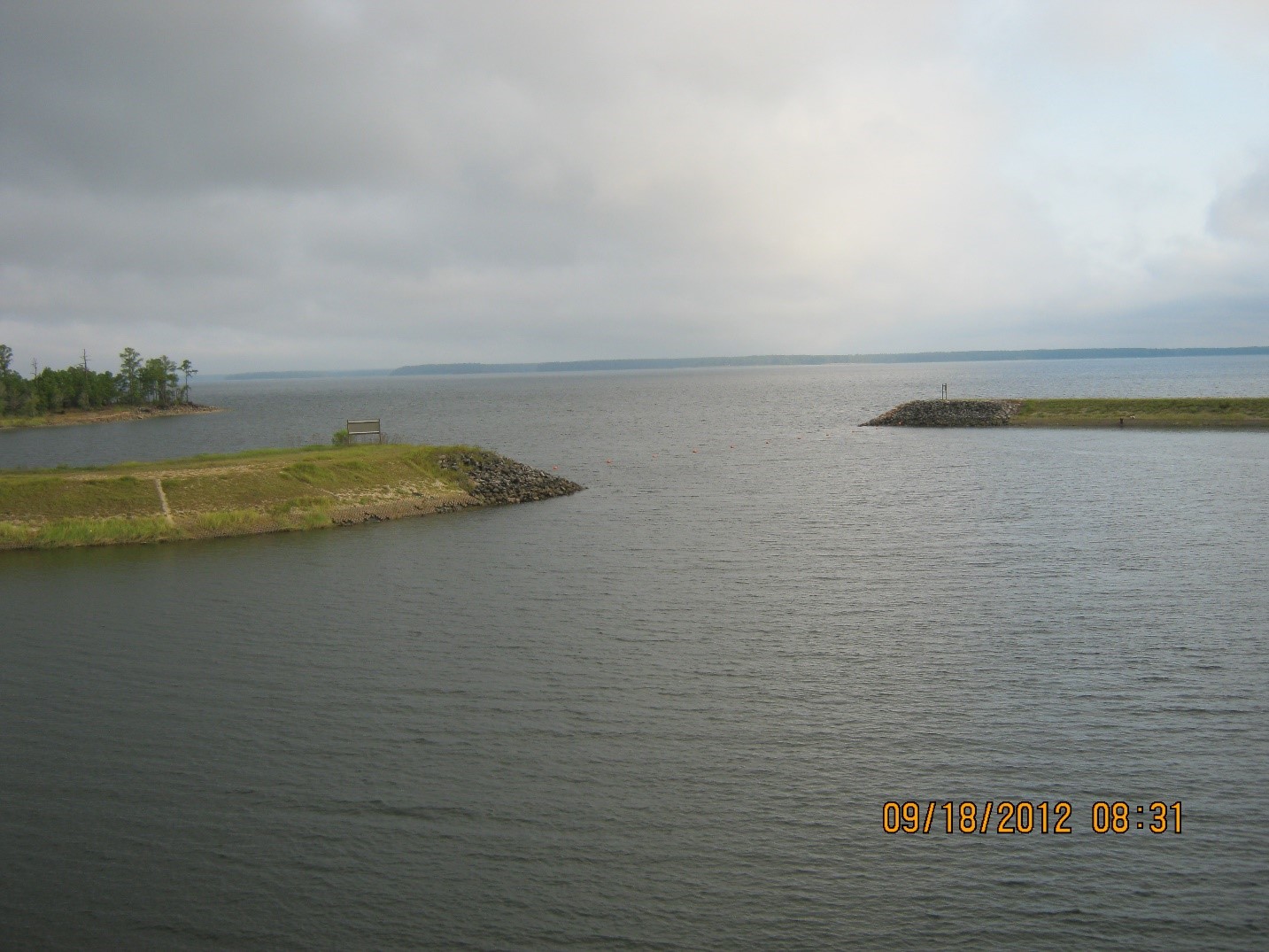 A Cool Place to Get Away

In part because Lake Sam Rayburn is located in the heart of the Texas Piney Woods, even in summer, the lake provides a cool retreat from the hot Texas summers. Most areas around Sam Rayburn Lake are also perfect for families or groups, because of the many amenities scattered around. About 15 miles from the south end of the lake is Jasper, which is a great place to find shopping of all kinds, including antiques and boutique shopping, as well as dining and even some nightlife. At the north end of the lake is Lufkin, which also features plenty of shopping, dining and some nightlife, as well as a zoo, for the entire family. Right on the lake, near the dam, is a great restaurant and bar featuring excellent steaks and occasional live music and karaoke.

For those who like golf, there are some excellent choices, including Rayburn Country Resort, which is situated at the south end of the lake, just minutes from the dam, Their course features 27 fun and challenging holes. In addition, there is the Crown Colony Golf Course in Lufkin, which is consistently rated among the top 3 courses in Texas – here is our review.

This is not just a great place for Texans; the fact of the matter is, Sam Rayburn Lake is considered one of the top five bass fisheries in the United States. They even hold the record for largemouth bass at 16.5 pounds. There are more boat ramps available here than anywhere else in the state of Texas, so whether you have your own boat to launch or you want to rent one for a day at your perfect fishing spot, Sam Rayburn Lake has what you’re looking for. And with the availability of sailing or safe places to water ski, Sam Rayburn Lake could be the ultimate getaway for you and your family.