A Beginner’s Guide to Kayaking and Canoeing

Many people are often drawn to kayaking and canoeing just because it looks cool. They are drawn to the iconic image of outdoor exploration when they see either a kayak or canoe gliding through the mist on a glassy lake or they see two or more canoeists or kayakers racing each other on a lake. If you are one of those who has been called to the sport, there is a lot to know, even as a beginner.

Of course, as a beginner in kayaking or canoeing, you will be tempted to buy a kayak or canoe and get started right away, and that’s okay, but you should want to do It right. For one thing, you will want to find out all the possibilities because that’s how you can have the most fun. However, it’s also important to know the basics as a way to keep yourself and everyone else on the lake as safe as possible. 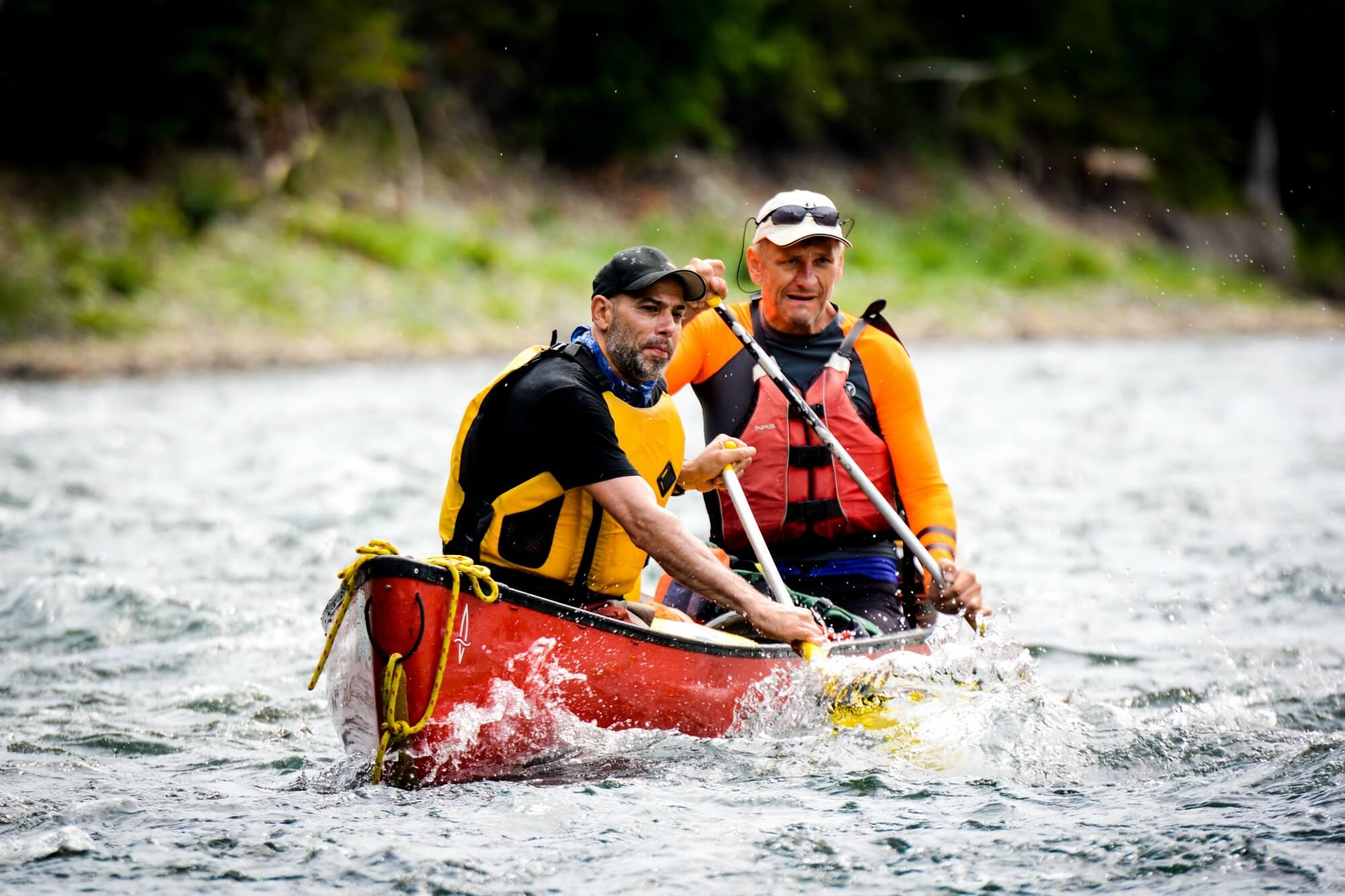 You might be lucky enough to have a friend who has been doing this for years and is willing to take you out with them and teach you the basics.  If so, that’s terrific. However, you might also consider signing up for a tour from a local adventure touring company, especially one that deals with your favorite lake on a regular basis. Given your status as a beginner, this is often the best option, because it is the only option that will show you the gear you will need and possibly even provide you with whatever you don’t have. Plus, they can provide you with basic instruction. In most cases, it will all be included in one package.

In many places, introductory classes are often available that offer more in-depth instruction than even a tour. This is often the best option for someone who anticipates really getting into kayaking or canoeing.  Let’s face it; if you can imagine floating down a river in a canoe or grabbing a kayak and some fishing gear to look for the perfect catch, you certainly understand why so many people look at canoeing and kayaking as more than just a pastime. The pleasure found floating on the water is unlike anything else. Whether you choose to operate in a lake, a river, or even a swamp, the adventures experienced are so pleasurable, many enthusiasts can’t stop themselves.

If you have never operated a kayak or canoe on the water, you owe it to yourself to try it at least once. Among the best places to go canoeing or kayaking is in the Southwestern United States, including Texas, of course, but also in Louisiana, Arkansas, and Oklahoma, as well. and there is a lot to recommend it. That said, these activities are even more fun, and infinitely safer, when you know what you’re doing. For beginners, getting started can be a challenge, but here’s how to make it less so.

The Difference Between Canoeing and Kayaking

Let’s start with the basics, like the difference between kayaking and canoeing, while is seems simple, isn’t always as obvious as it might seem at first. Sometimes, canoeing is used as an umbrella terms to refer to both activities, but there are many distinct differences between the two sports, starting with the gear. For example, a canoe and a kayak are designed differently. Whereas kayaks are generally closed-top boats and usually have no more than one or two seats, canoes tend to be open-top with higher sides. Those in a canoe sit on a bench-type seat with their legs bent at the knee, whereas those in a kayak sit on the floor of the boat, with their legs stretched out in front of them.

Because of that, the paddles for both are different. Kayaking paddles have two blades, one at either end, so that one person can paddle on both sides at once, whereas canoe paddles have one blade and tend to be shorter. As one can guess, kayaking and canoeing require different paddling techniques, which must be learned to be a successful kayaker or canoer. Kayaks also come with a spray deck to limit the amount of water that can get into the boat, since they are impossible to bail out while you’re on the water. 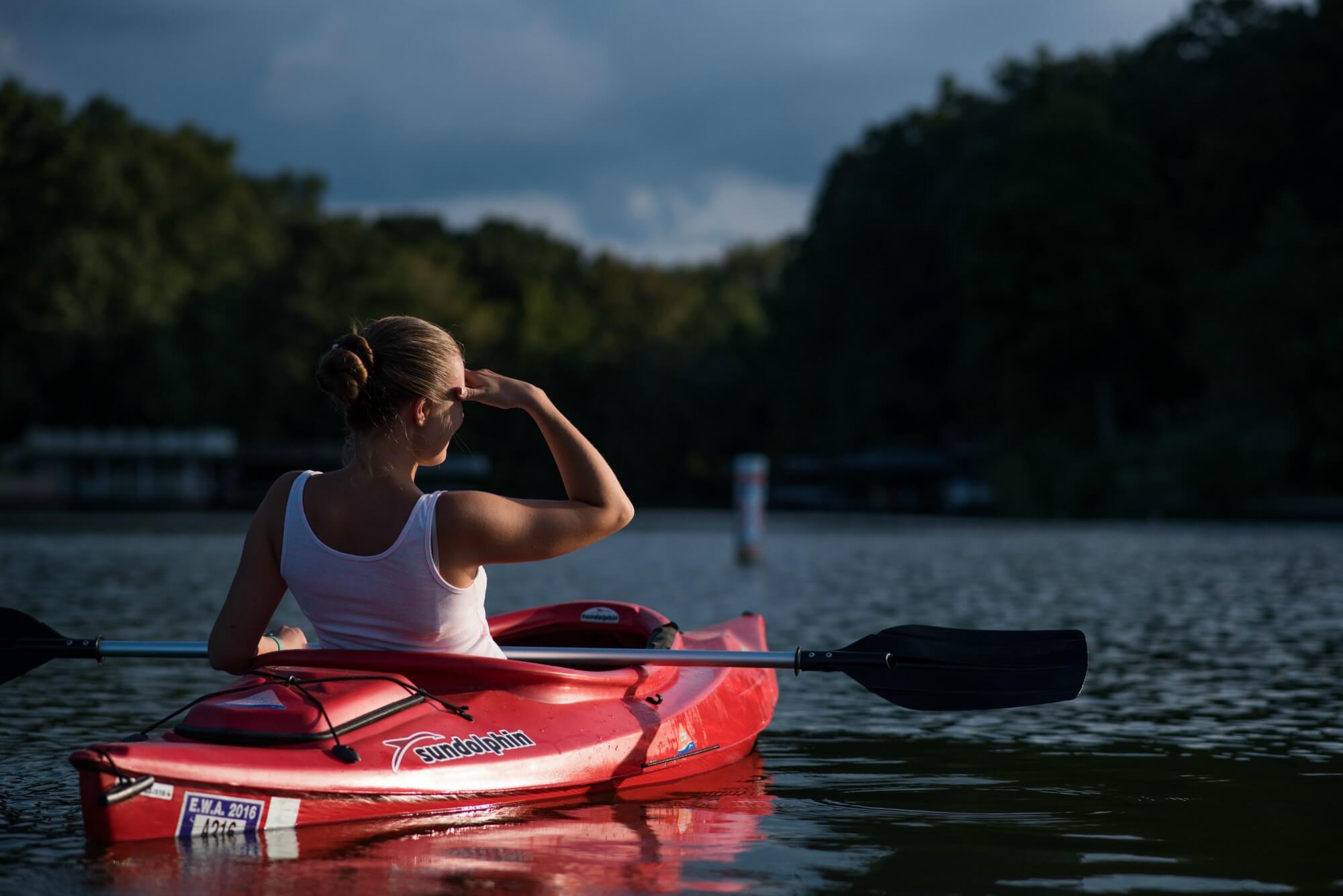 Because of the way they have to sit in the kayak, kayakers are more likely to use nose plugs and helmets. Kayakers and canoers alike should wear buoyancy aids like life jackets, because it’s not as much fun if you don’t feel safe.

Of all the states in the region, Texas has the most choices available, with more than 200,000 miles of rivers and streams throughout the state, as well as more than 5,600 square miles of inland water in the form of lakes and reservoir. In all, the state has 188 major reservoirs, and nearly 7,000 reservoirs, all told. The fact is, the state of Texas has more inland waterways than every other state, including Florida, or the “Land of 10,000 Lakes,” Minnesota. Texas offers some of the best places to paddle in the country, with a wide variety of sights and scenery.  All of our Top Texas lakes offer outstanding potentials for kayaking and canoeing.

We recently highlighted Lake Fork, in East Texas, as a superb destination for your kayak fishing ‘lakation’.  You can read further details here. 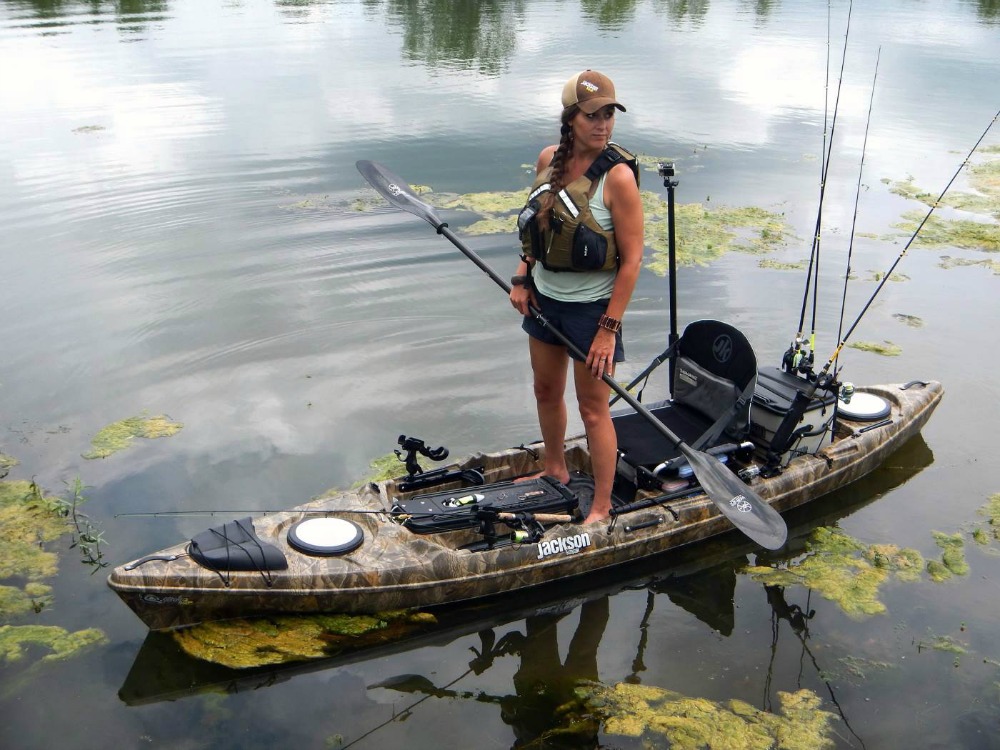 Most rivers in the state accommodate kayaking and canoeing, but many offer far more, including great fishing, rafting, tubing or even camping or picnicking, in case you want to do something fun when you’re not on the water. For instance, if you live in or around Austin, you can join other paddlers in paddling to the Congress Bridge, where they can see one of the largest colonies of Mexican Free-Tailed bats in the country. Also located in Austin is Inks Lake, which offers direct access to Devils Water Hole, a very popular destination for paddlers. 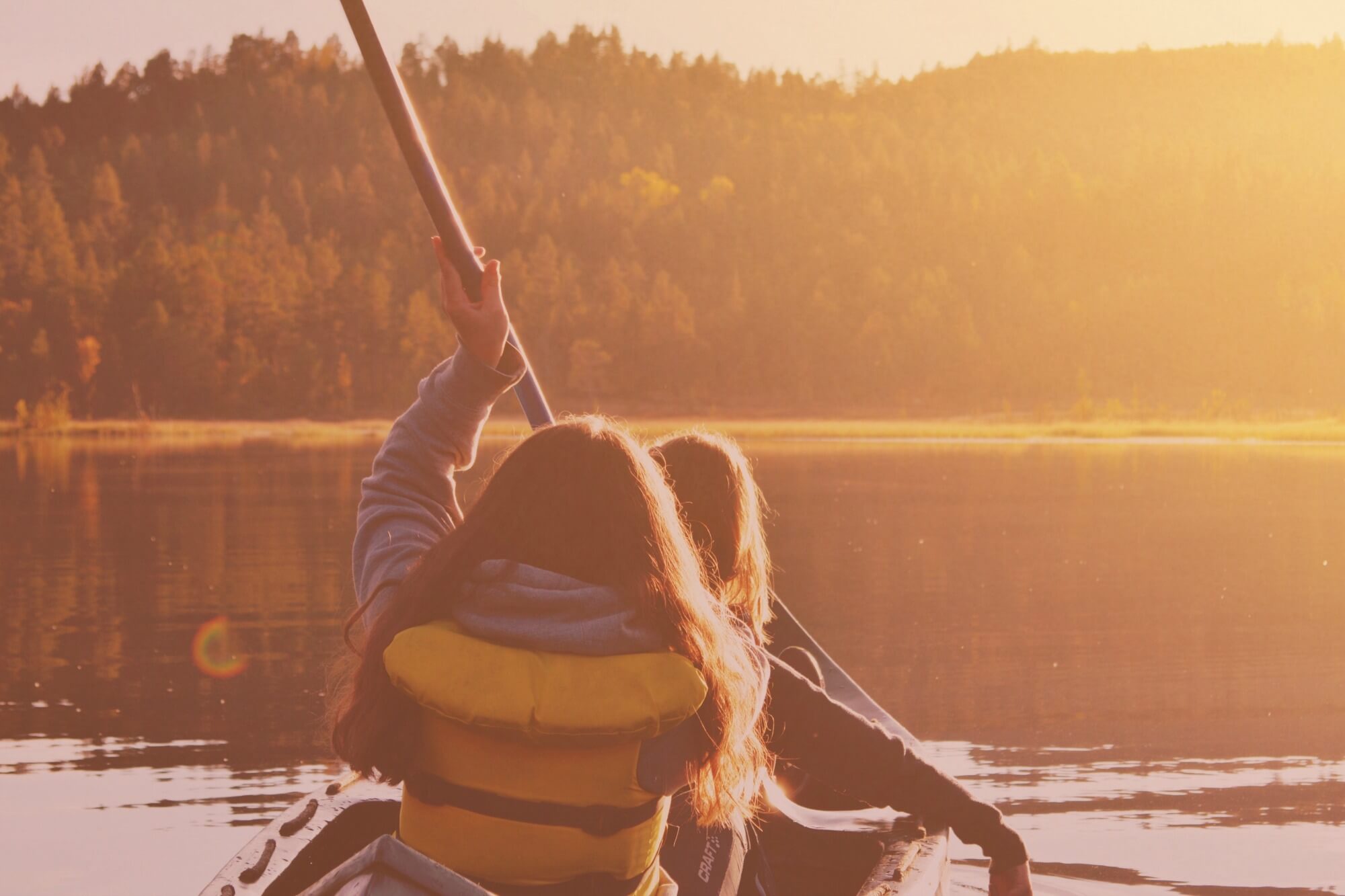 At Lake Placid, near Seguin, one can bring their kayak or canoe, or rent one there, and enjoy the beauty of the lake, and then enjoy the Hawaiian-style cabanas, rope swings and tons of other fun things to do on a lake that was named well. Entering the Brazos River at Mineral Wells is also a fun trip for a canoe or kayak enthusiast because it winds through North Texas Hill country with the beautiful scenery that brings. Those with an inclination toward more a more urban voyage can also check out Buffalo Bayou, which is an easy river for a beginning kayaker or canoer to traverse. It wends its way gently through the center of the city of Houston, where you can see the tall buildings and see the native flora over the 26-mile trail.

Kayaking and Canoeing Outside Texas

This may surprise some, but Oklahoma is also a great place for kayaking and canoeing. If you are a beginner, of course, there are plenty of great floating areas on the scenic Illinois or Lower Mountain Fork Rivers, but there are plenty of places where a beginner can get the lessons they need to use their kayak or canoe competently. It is also possible to combine your canoeing or kayaking adventure with camping and picnicking at many locations statewide, such as Lake Hefner in Oklahoma City.

If the imagery of either floating peacefully down a river or trying to catch the perfect fish appeals to you, you should know that there are also many places to go throughout Louisiana. The state is chock full of lakes, rivers and swamps, and most can be accessed easily. Better yet, you can even hire a tour guide to enjoy a day of fun out on the water.

It’s possible to think of Louisiana as having five distinct regions, with each one featuring several types of paddling adventures, including large lakes, urban trails and big rivers, as well as bayous, plenty of wilderness, lazy lake paddling, and all sorts of kayak fishing, including freshwater and saltwater. When it comes to canoeing and kayaking, Louisiana offers paddling adventures to meet almost any taste. 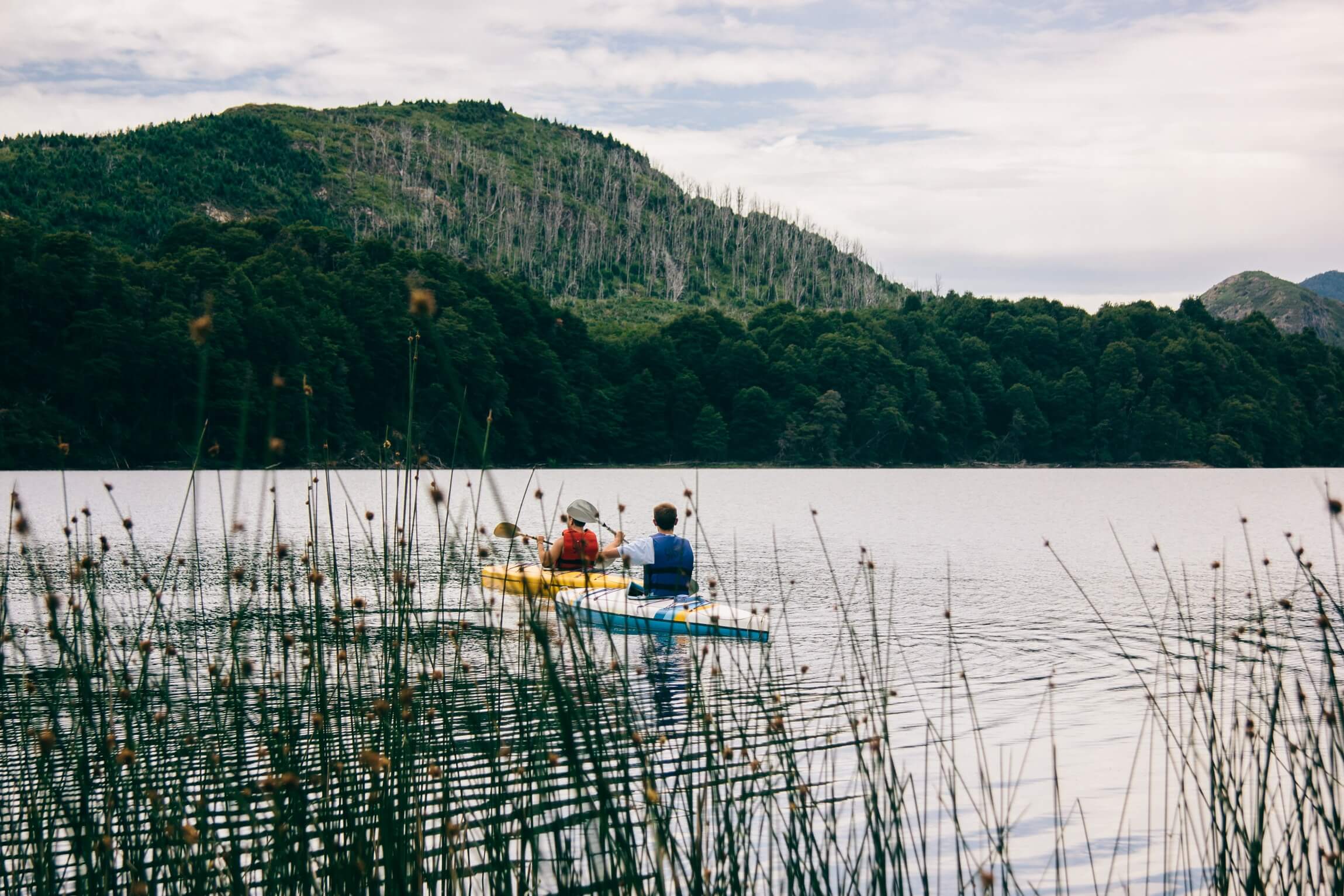 The wide variety of Arkansas lakes and rivers adventures seems as endless as the state’s more than 9,000 miles of streams and rivers. Much of this mileage is perfect for simply floating along in a kayak or canoe and taking in the scenery, which is ideal for first-timers, but there are also numerous places to enjoy prolific kayak fishing trips, or even rugged whitewater rafting trips. Some of the most popular locations include Cane Creek Lake, where wildlife can be found in abundance throughout the tall trees and where water lilies bloom. In the foothills of the Ouachita Mountains, Daisy State Park can be great for a kayaker or canoer because they can choose between the Little Missouri River and Lake Gleeson for their adventure. Among other locations include Buffalo National River, Kings River, Little Red River, Saline River and White River, but there are a whole lot more to choose from.

Wherever you go, if you want to enjoy a summer day on the water, make sure you have the gear you need, including a Coast Guard-approved personal flotation device, or life jacket; a paddle or paddles that is the right size for you to control; sunscreen; neoprene or other non-slip footwear; a sun-shielding hat; plenty of snacks for energy and lots of drinking water. Be safe and have fun!

Linkedin
beginner kayaking canoe canoe rack canoeing fishing on water fishing sports Hobie Hobie kayak Hobie mirage angler kayak kayak exercise kayak fishing kayak rack kayaking pedal kayak portable canoe sporting goods
A Beginner’s Guide to Kayaking and Canoeing2018-04-032018-06-04https://lakehouselifer.com/wp-content/uploads/2018/03/lakehouselifer-medium-res.pngLakeHouseLiferhttps://www.lakehouselifer.com/wp-content/uploads/2018/04/kayakfishing_1500578957.jpg200px200px
About
Eric Gore
I'm one of those 'native-born' Texans having lived most of my nearly 65 years in the Dallas/Fort Worth area. I've spent over thirty years in the tech profession racking up 5 Million Miles on American Airlines during my career. My lifelong passion continues to be lake house living and all of the outdoor recreation activities that go with it. I'm also an avid distance runner, licensed private pilot and trusted companion with my Best Bloodhound Friend (BBF) Hank, Jr. 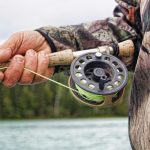 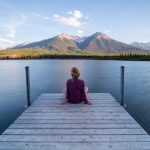 The Benefits of Floating DocksLake House Design and Interiors